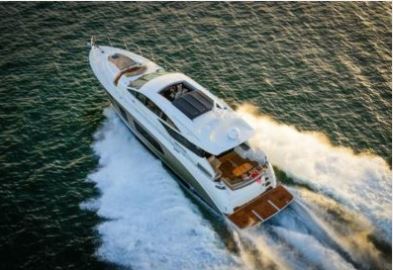 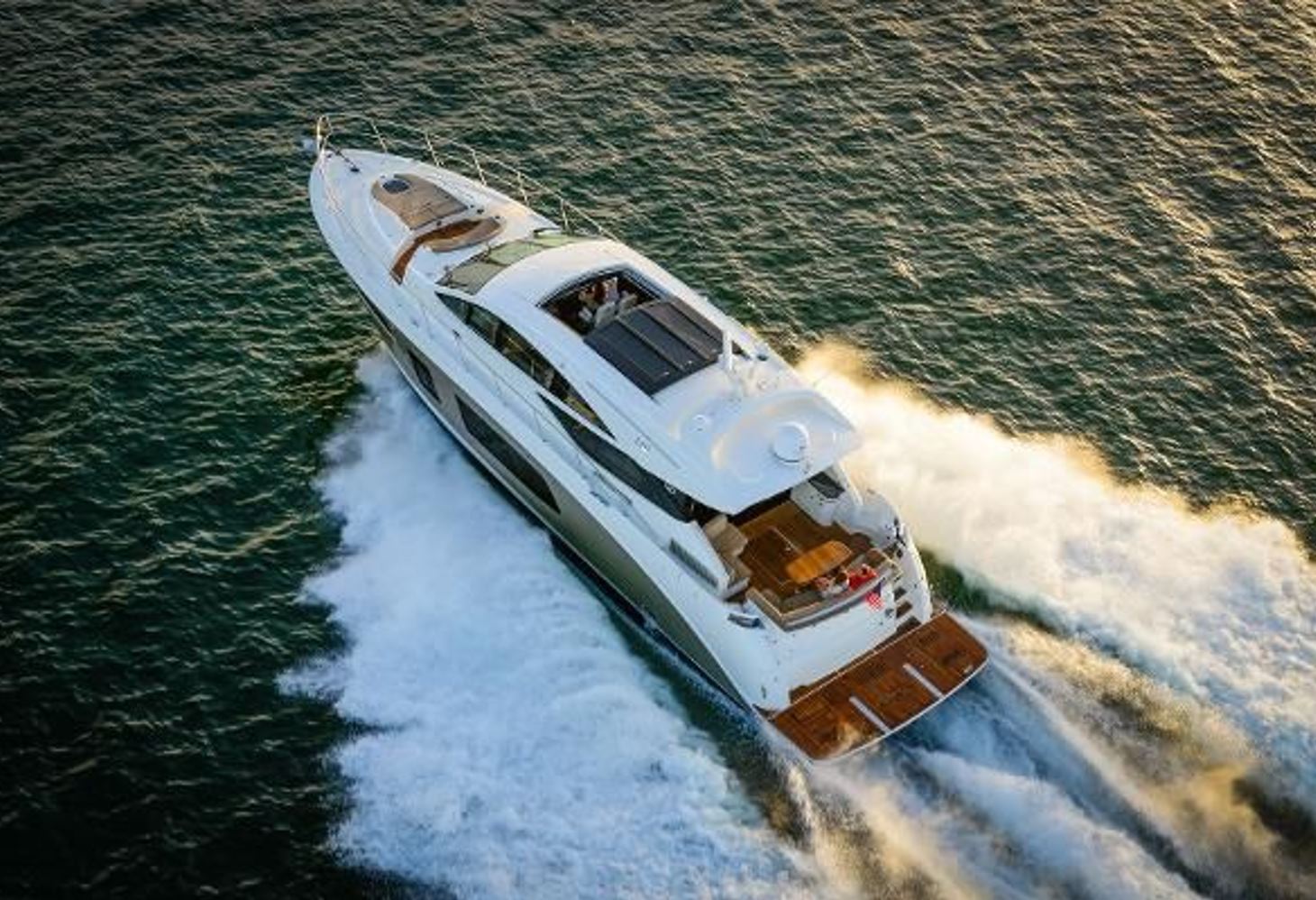 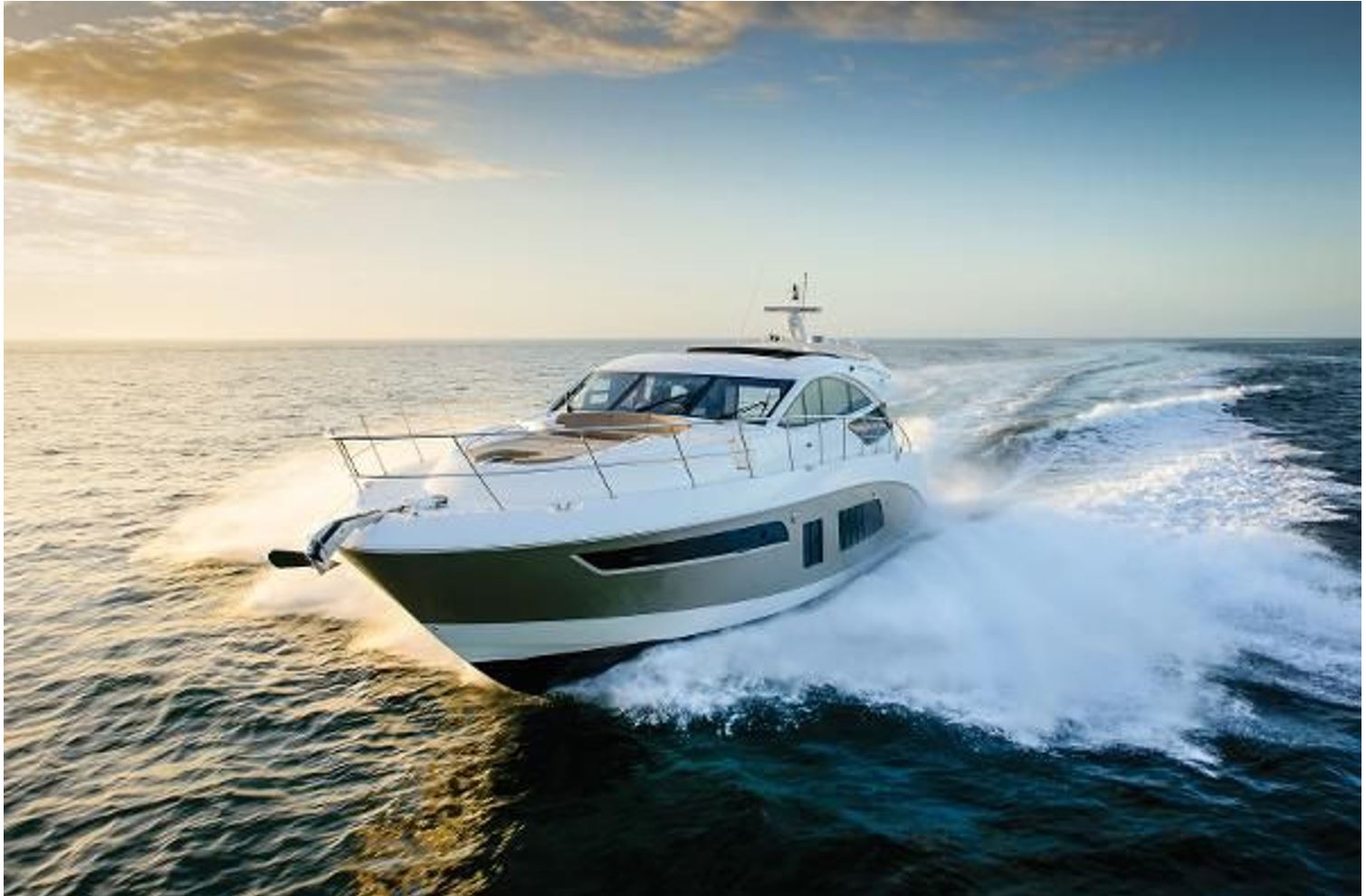 We have the Exclusive Listing for the only 2015 Sea Ray L650 for sale and available in California.  Call us directly for your personal tour. This beautiful like-new Sea Ray is held in an LLC and is ready for cruising! This vessel has been maintained impeccably.  With a stunning interior and spacious staterooms, the design is just as comfortable as it is visually appealing.

With all the comforts of a modern home, ideal for entertaining and relaxing with a gourmet galley plus twin Stidd chairs in the helm, the Sea Ray L650 has all the amenities you expect of a luxury motor yacht and more. You won’t find a better equipped Sea Ray L650 and as well as taken care of!

The L650 sheerline is similar to previous lines, along with the list of standard equipment which includes an impressive array of electronics at the helm and sleek new appliances in the galley. The standards also include two Caterpillar C18 diesel engines at 1150 HP each, with I/B Joy Stick Dock System controls for ease in docking this 65-foot 1-inch length and a 17-foot 2-inch width boat. This last feature is a custom option that is worth the investment for some owners. The yacht cruises above 30 mph with a fuel capacity of 1030 gallons. Another standard includes not one but two helms, one helm on the flybridge and another helm below.

Social Zones For Entertaining And Relaxing

The flybridge is not only one of the best places to be, but it’s also very large in its class. There are various spaces for seating and dining, with a large sun pad forward. A retractable sunshade is available to protect the entire area. It’s called a “Social Zone” by Sea Ray and they’re located throughout the yacht. Up near the bow is another Social Zone with lounges set into the foredeck. You may have seen this feature on large custom yachts, but Sea Ray has now incorporated this into their latest owner-operated L650 line. Of note, since not all owners want to run this flybridge motor yacht on their own, there are optional crew quarters in the stern.

Visually Pleasing Attention To Detail Throughout

As far as the cabin, with the salon door open and the cockpit on the same level, the areas can be used as a single entertainment space. This open design is popular on yachts, as well as homes. With the large deep windows throughout, the sense of water and the horizon surround you, even if you’re inside with the AC on. Teak flooring can be found in the foredeck seating area, cockpit, deck catwalks, and swim platform, along with a high-gloss teak cockpit table. Attention to detail is evident throughout with designer touches. The ambiance is more than soothing and visually pleasing.